Benzene (C6H6), simplest organic, aromatic hydrocarbon and parent compound of numerous important aromatic compounds. Benzene is a colourless liquid with a characteristic odour and is primarily used in the production of polystyrene. It is highly toxic and is a known carcinogen; exposure to it may cause leukemia. As a result, there are strict controls on benzene emissions.(More) Benzene was first discovered by the English scientist Michael Faraday in 1825 in illuminating gas. In 1834 German chemist Eilhardt Mitscherlich heated benzoic acid with lime and produced benzene. In 1845 German chemist A.W. von Hofmann isolated benzene from coal tar. 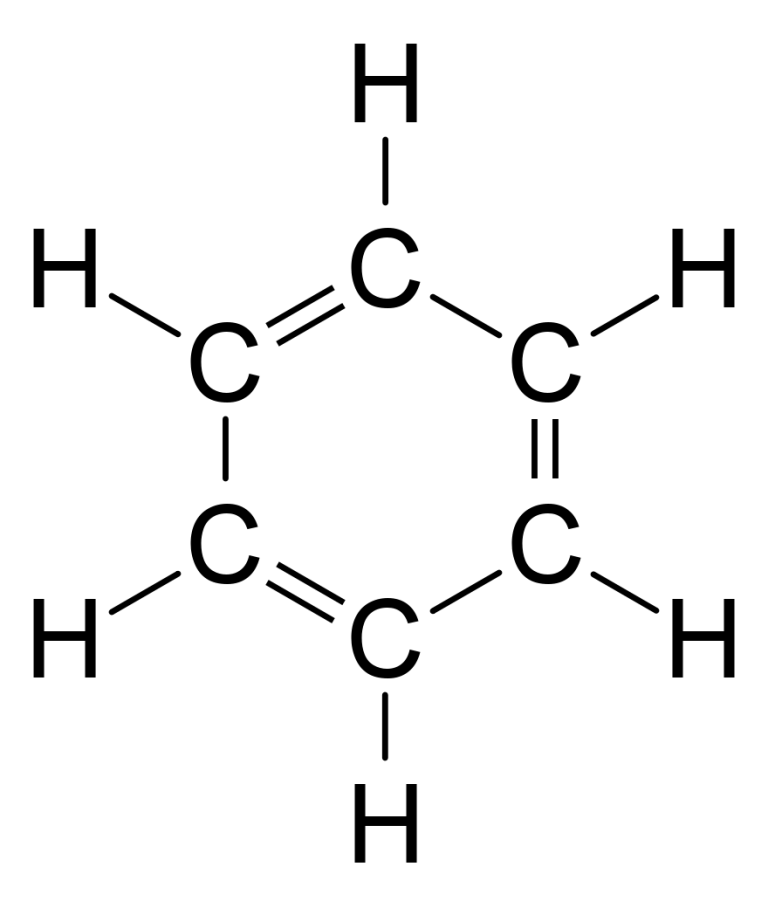