Petroleum jelly (also called petrolatum) is a mixture of mineral oils and waxes, which form a semisolid jelly-like substance. This product hasn’t changed much since Robert Augustus Chesebrough discovered it in 1859. Chesebrough noticed that oil workers would use a gooey jelly to heal their wounds and burns. He eventually packaged this jelly as Vaseline. Petroleum jelly’s benefits come from its main ingredient petroleum, which helps seal your skin with a water-protective barrier. This helps your skin heal and retain moisture. Chemists derive petroleum jelly from oil. Following its accidental discovery during the oil-drilling process, it has now been around for more than 100 years. Petrolatum is made by the waxy petroleum material that formed on oil rigs and distilling it. The lighter and thinner oil-based products make up petroleum jelly, also known as white petrolatum or simply as petrolatum. Robert Chesebrough is the chemist who devised and patented this process (U.S. Patent 127,568) in 1872. Basically, the crude material undergoes vacuum distillation. The still residue is then filtered through bone char to yield petrolatum. 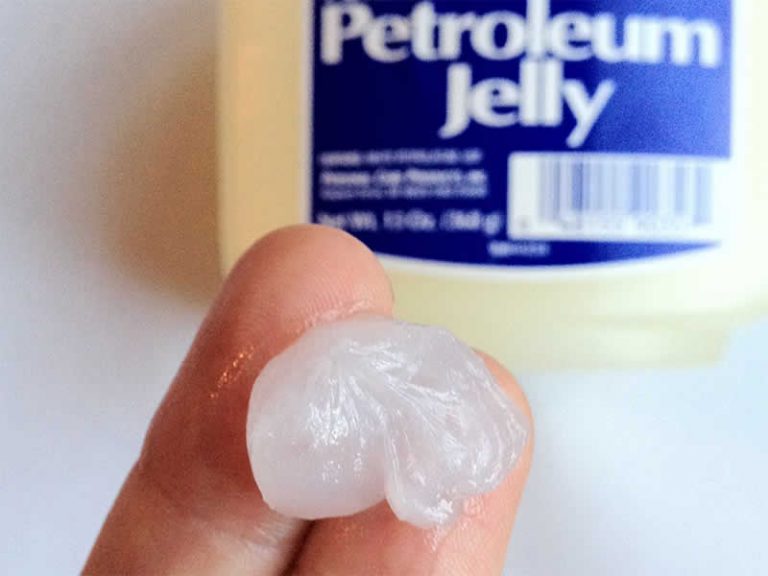 Petroleum jelly, also called Petrolatum, translucent, yellowish to amber or white, unctuous substance having almost no odour or taste, derived from petroleum and used principally in medicine and pharmacy as a protective dressing and as a substitute for fats in ointments and cosmetics. It is also used in many types of polishes and in lubricating greases, rust preventives, and modeling clay. Petrolatum is obtained by dewaxing heavy lubricating-oil stocks. It has a melting-point range from 38° to 54° C (100° to 130° F). Chemically, petrolatum is a mixture of hydrocarbons, chiefly of the paraffin series.

Petroleum jelly is a mixture of hydrocarbons, with a melting point that depends on the exact proportions. The melting point is typically between 40 C and 70 C. It is flammable only when heated to liquid; then the fumes will light, not the liquid itself, so a wick material like leaves, bark, or small twigs is needed to ignite petrolatum. It is colorless or has a pale yellow color (when not highly distilled), translucent, and devoid of taste and smell when pure. It does not oxidize on exposure to the air and is not readily acted on by chemical reagents. It is insoluble in water. It is soluble in dichloromethane, chloroform, benzene, diethyl ether, carbon disulfide and oil of turpentine.