Oil is the world’s most important fuel and underpins our high standard of living. It provides modern convenience and freedom of movement and is crucial to transport systems. Oil refining produces transport fuels, such as petrol (gasoline), diesel and jet fuel, as well as heating oils such as kerosene. By-products from oil refining are also valuable. They are used in the production of plastics and chemicals, as well as many lubricants, waxes, tars and asphalts. Nearly all pesticides and many fertilisers are made from oil or oil byproducts. Oil has been produced commercially and refined since the 1850s. Oil is formed deep underground from the decomposition of organisms such as plankton and algae. Over millions of years, heat and geological pressure transform this organic matter into oil and gas.

What Is Crude Oil?

Crude oil is a naturally occurring, unrefined petroleum product composed of hydrocarbon deposits and other organic materials. A type of fossil fuel, crude oil can be refined to produce usable products such as gasoline, diesel and various forms of petrochemicals. It is a nonrenewable resource, which means that it can’t be replaced naturally at the rate we consume it and is, therefore, a limited resource.

Crude oil is typically obtained through drilling, where it is usually found alongside other resources, such as natural gas (which is lighter and therefore sits above the crude oil) and saline water (which is denser and sinks below). It is then refined and processed into a variety of forms, such as gasoline, kerosene, and asphalt, and sold to consumers.Although it is often called “black gold,” crude oil has ranging viscosity and can vary in color from black to yellow depending on its hydrocarbon composition. Distillation, the process by which oil is heated and separated in different components, is the first stage in refining.

Although fossil fuels like coal have been harvested in one way or another for centuries, crude oil was first discovered and developed during the Industrial Revolution, and its industrial uses were first developed in the 19th century. Newly invented machines revolutionized the way we do work, and they depended on these resources to run. Today, the world’s economy is largely dependent on fossil fuels such as crude oil, and the demand for these resources often spark political unrest, as a small number of countries control the largest reservoirs. Like any industry, supply and demand heavily affect the prices and profitability of crude oil. The United States, Saudi Arabia, and Russia are the leading producers of oil in the world.

According to the composition of the crude oil and depending on the demands of the market, refineries can produce different shares of petroleum products. The largest share of oil products is used as “energy carriers”, i.e. various grades of fuel oil and gasoline. These fuels include or can be blended to give gasoline, jet fuel, diesel fuel, heating oil, and heavier fuel oils. Heavier (less volatile) fractions can also be used to produce asphalt, tar, paraffin wax, lubricating and other heavy oils. Refineries also produce other chemicals, some of which are used in chemical processes to produce plastics and other useful materials. Since petroleum often contains a few percent sulphur-containing molecules, elemental sulphur is also often produced as a petroleum product. Carbon, in the form of petroleum coke, and hydrogen may also be produced as petroleum products. The hydrogen produced is often used as an intermediate product for other oil refinery processes such as hydrocracking and hydrodesulphurization.

In consideration of industry low’s, such as the price collapse in 2013 and major environmental disasters such as the Deepwater Horizon Gulf Of Mexico Oil Spill in 2014, the oil & gas sector has now recovered.

The world’s dependence on oil and gas is increasing as global economies and infrastructure continue to rely heavily on petroleum-based products. Discussions of when world oil and gas production will peak seem to be on the periphery, even amid a weakened global economy and the shrinking availability of oil. The oil and gas industry continues to wield incredible influence in international economics and politics – especially in consideration of employment levels in the sector, with the U.S. oil and gas industry supporting at least 10 million jobs.

The recovery occurred for several reasons, but the chief among them is the success of the production restraint agreement between OPEC and non-OPEC nations. In addition, developing nations such as China, Brazil and Russia are increasing exploration and production efforts. However, geopolitical considerations such as the ongoing troubles in Venezuela, Iran, and Qatar’s exit from OPEC will influence oil and gas supply.

The trend towards renewable and alternative energy is another threat to traditional oil and gas companies. Coupled with the rise in pro-eco legislation and governmental pressure has meant the industry is under more scrutiny than ever.

Generating electricity from solar power systems and offshore wind is becoming increasingly cheaper and cost-effective. According to IRENA, over 80 percent of newly commissioned renewable energy will be cheaper than new oil & natural gas sources.

More recently, there has been a resurgence of confidence in the industry as it enters itsthird year of recovery. Growth is increasing at a remarkable rate, as increased upstream production continues to have a positive knock-on effect for midstream businesses. The price of crude has also stabilised – steadying at around $50 per barrel. In addition, 100,000 jobs are expected to be created in 2019 and the number of active drilling rigs in the U.S. has increased to 780+ compared to 591 from a year ago.

The UK continental shelf also appears to be back, with the potential to unlock dozens of undeveloped discoveries with drilling prospects on the horizon. Additionally, we can expect an improved outlook for UK upstream production. The UK offshore sector is expected to improve after historical lows in the past few years as there are 16 planned greenfield projects with identified development plans and 29 announced greenfield projects forecast to start production between 2019 and 2025.

It is estimated that 30 billion barrels are consumed globally each year, primarily by developed nations. Oil also accounts for a significant percentage of energy consumption regionally from 32% for Europe and Asia, 40% for North America, 41% for Africa, 44% for South and 53% for the Middle East.

In this resource centre, you will find Oil & Gas IQ’s top-rated oil and gas industry content including articles, videos, webinars, podcasts and in-depth reports. You can find the latest content in the sidebar on the right. 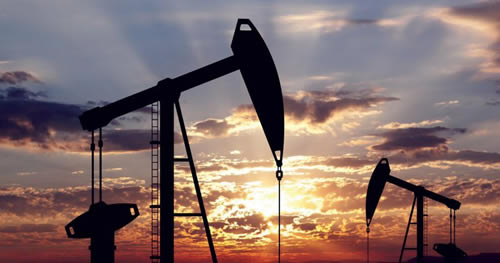