Viscosity grade of bitumens are categorized according to Viscosity (degree of fluidity) grading. The higher the grade, the stiffer the Bitumen. In Viscosity Grade, Viscosity tests are conducted at 60°C and 135°C, which represents the temperature of road surface during summer and mixing temperature respectively. The penetration at 25°C, which is annual average pavement temperature, has been also retained in Specifications.
It is a kind of bitumen, which is produced during the process of oxidation of vacuum bottom in distillation tower and is categorized based on its viscosity grade. The main common usage of bitumen Viscosity Grade Bitumen 30 is primarily used to construct extra heavy duty Bitumen pavements that need to endure substantial traffic loads. Also, VG-30 is in road construction, waterproofing, building construction industries and also in cutback bitumen production. It can be used in lieu of 60/70 Penetration grade. It is the most suitable for use in hot and rainy weather condition and suitable to be used in mild regions. 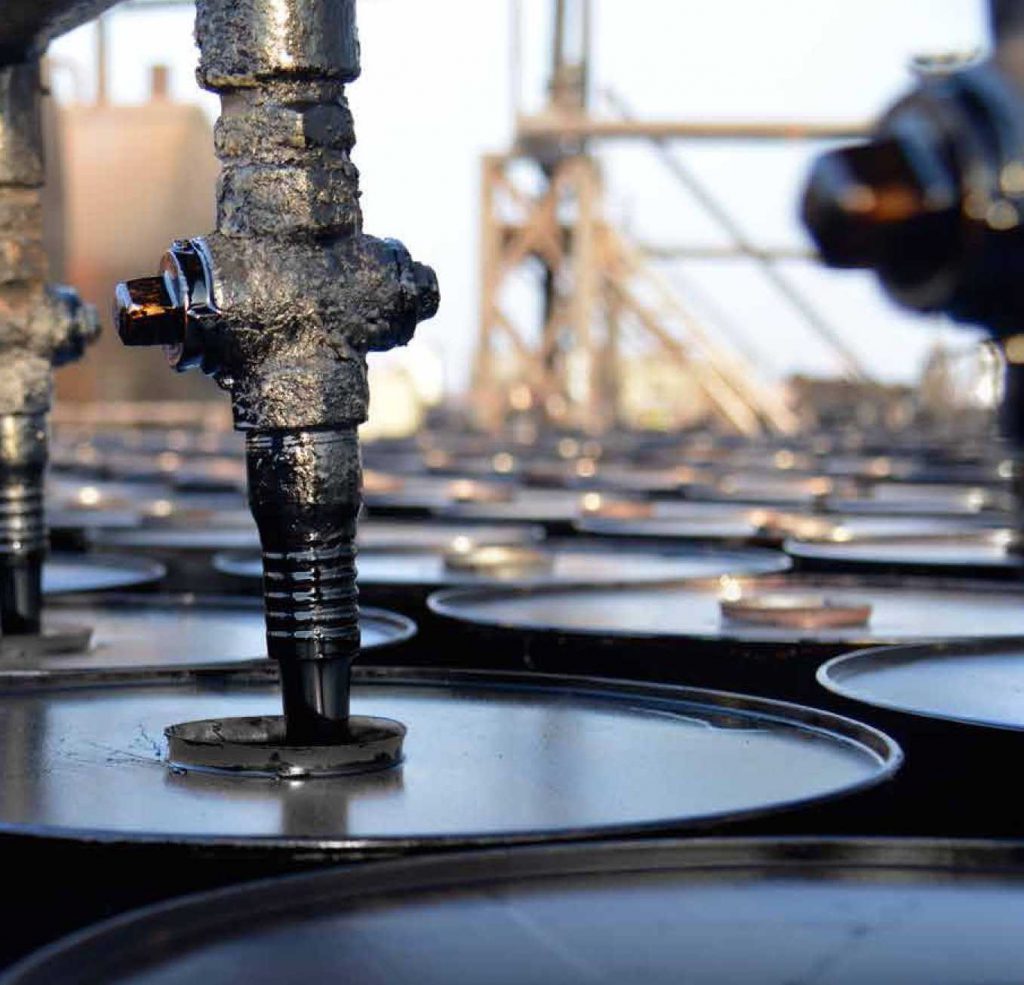 Viscosity Grade Bitumen (Asphalt) is a standard grade Bitumen usually used as a Paving Grade Bitumen suitable for road construction and for the production of asphalt pavements with superior properties. This grade of Bitumen is mainly used in the manufacture of hot mix asphalt for bases and wearing courses and possesses characteristics and qualities unique sand quite different from other agents. They achieve very flexible and tenacious connections with other materials due mainly to viscoelastic response of bitumen, which behavior depends on how fast charges are applied. Viscosity Grade Bitumen supplied by Huei Jie Oil is petroleum grade bitumen, manufactured from fractional / vacuum distillation of crude oil, which practical appliance and behavior vary according to its temperature. The Bitumen supplied by Huei Jie Oil is produced from the vacuum residue (short residue) feedstock. Viscosity Grade bitumens are specified by the methods described in ASTM Standard D3381–09 and AASHTO M226-80 (2008). Viscosity Graded specifications cover bitumen (asphalt) graded by Viscosity at 60 C (140 °F).
Used in ;
Pedestrian Ways
Car parks
Tennis courts
Roofing
Damp proofing
Dams
Reservoir and pool

New Steel Drum, Bulk, and other packings based on the customers’ demands.