Triethanolamine aka Trolamine (abbr. as TEOA to distinguish it from TEA which is for triethylamine) is a viscous organic compound that is both a tertiary amine and a triol. A triol is a molecule with three alcohol groups. is a strong base. Approximately 150,000 tonnes were produced in 1999. It is a colourless compound although samples may appear yellow because of impurities. Triethanolamine is a strongly alkaline substance used as surfactant and pH adjusting chemical. Trolamine, (TEA), is a tertiary amine and a triol. It is a bifunctional compound that exhibits both properties of alcohols and amines. Trolamine contains small amounts of diethanolamine and ethanolamine and may also act as an antioxidant against the auto-oxidation of animal and vegetable fats . It is commonly used as a pH adjuster and surfactant in industrial and cosmetic products such as skin and hair conditioning products. 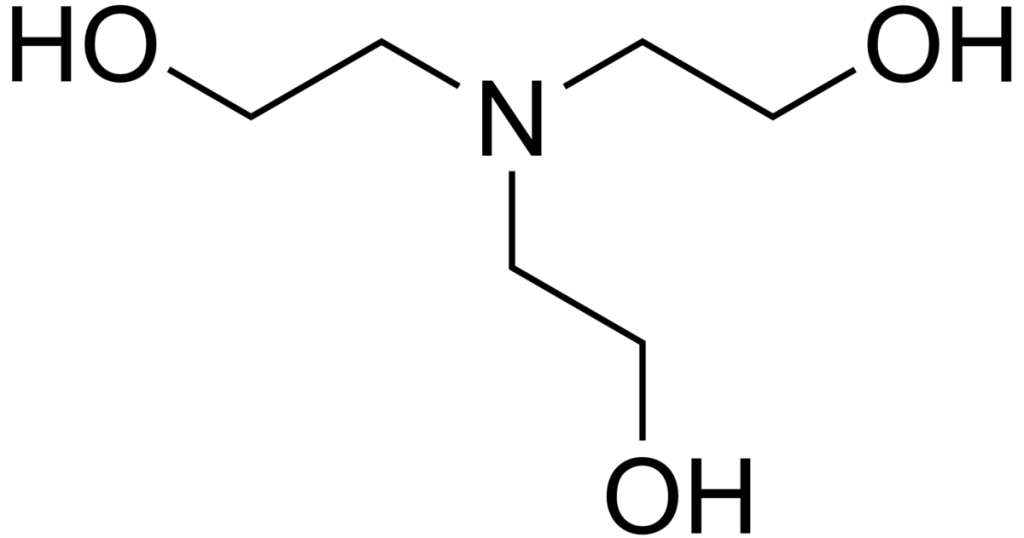